Industrial action is currently suspended, after 32 strike days following the latest ballot, bringing the total taken by Manchester members to 59. But the fight goes on…

You can read the update notice sent out to employees in the Fujitsu Manchester bargaining unit on Tuesday 24 July 2018.

This leaflet explains how Fujitsu is trying to silence whistleblowers by dismissing some and by showing that it can make compulsory redundancies even when these are unjustified and in breach of its agreements, employees’ contracts or the law:

Fujitsu dismissed the first of the six members fighting their redundancies on 6 December, despite there being three jobs available in her department after members turned them down and her having an outstanding grievance complaining of sex discrimination which she says is linked to her selection. Three more have been dismissed since – one was told on Thursday 28 December that he was being dismissed on Sunday 31 December. Fujitsu wrote telling Ian Allinson, chair of Unite @ Fujitsu in the UK, of his dismissal while he was on compassionate leave attending a family funeral. He was dismissed on 12 January without being allowed to work his notice despite having an outstanding internal job application.

For Fujitsu staff (internal website) there is a Q&A about the dispute, the notice of further action and further information on our intranet blog.

Download an appeal for support leaflet and a collection sheet.

You can support members at Fujitsu:

Fujitsu has terminated its UK works council and announced 1800 UK job cuts, many of which have already taken place. 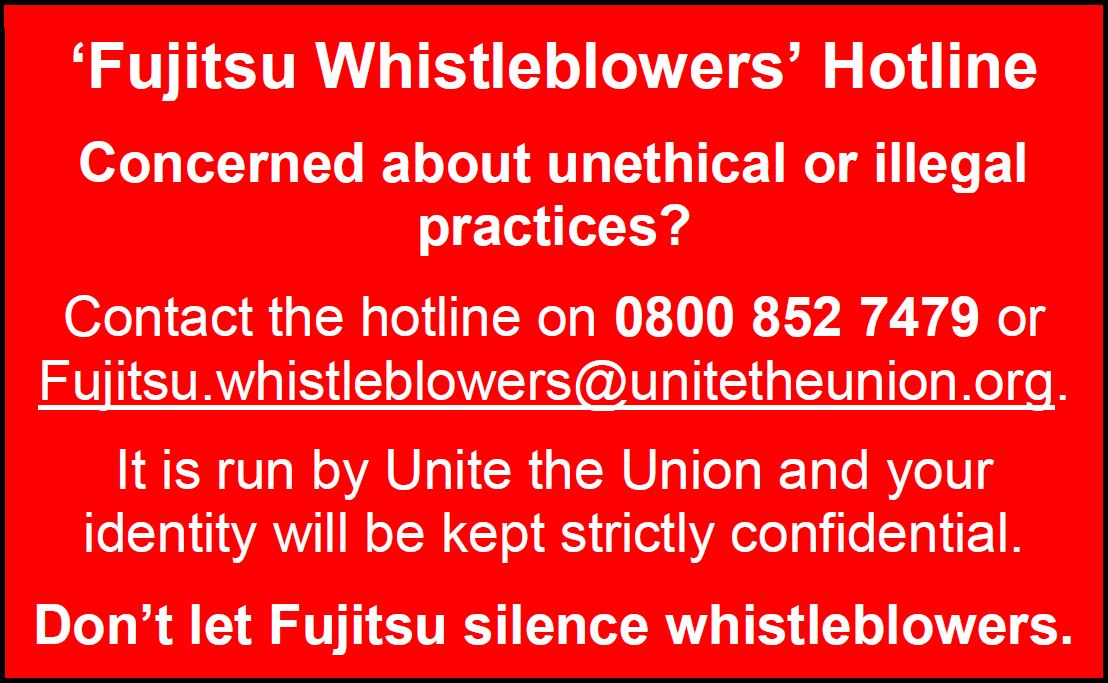